The Marmara Conference on European Studies was held on November 23-24, 2018 in cooperation with Marmara University Institute of European Studies and Economic Development Foundation . The theme of this year’s conference was “Europe under Challenge”. The conference started with the opening session led by Haluk Kabaalioğlu at the Mercure Istanbul City Bosphorus Hotel on November 23, 2018. At the opening session, first Prof. Dr. Anne Klebes-Pelissier from Strasburg University Department of Law presented a paper titled as “Panorama of Disputes Involving Turkey in the WTO”. The session continued with the presentation titled “The Future of Europe and Turkey-EU Relations” that presented by Consulate General of the Netherlands Bart van Bolhuis. The session ended after the participants questions. 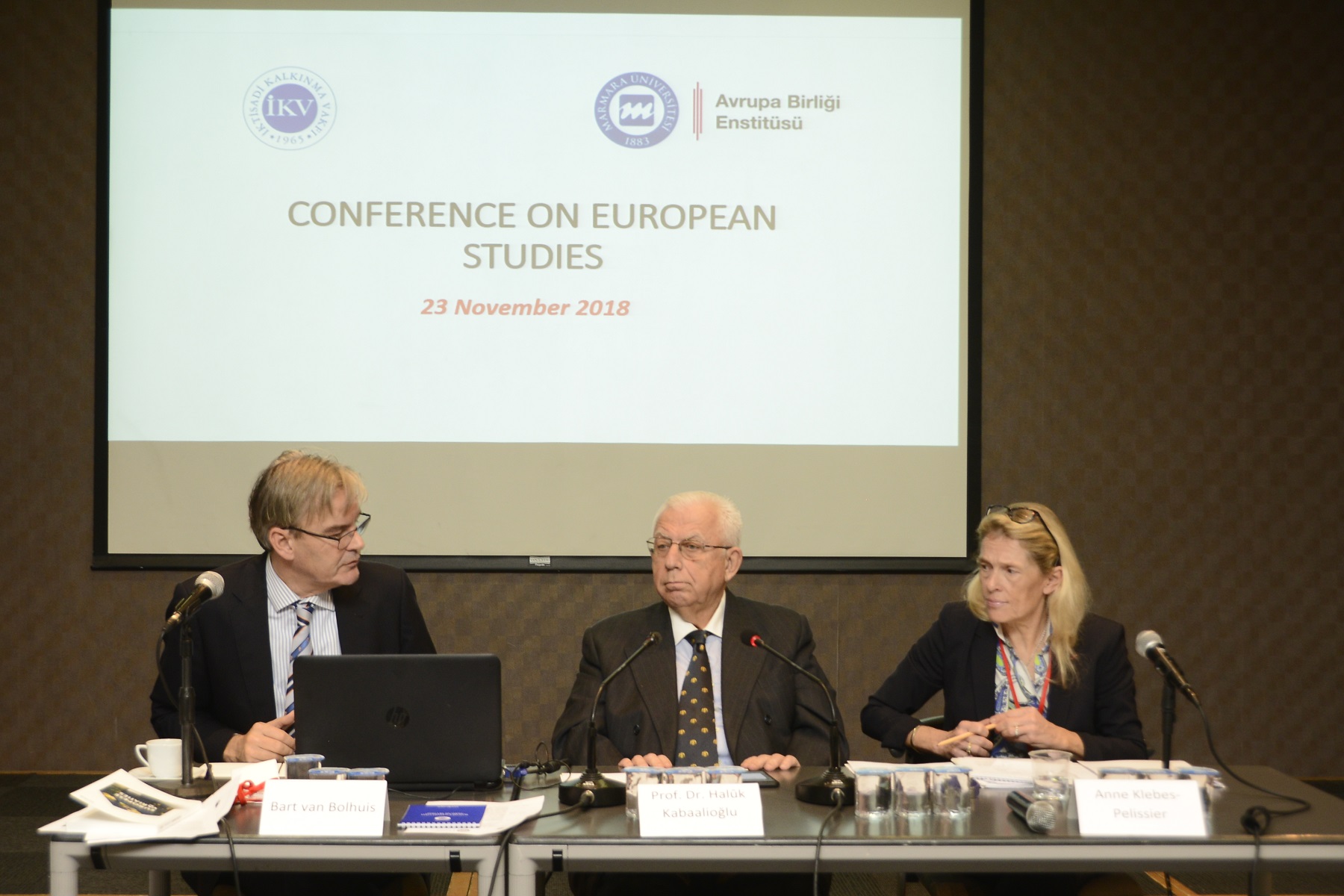 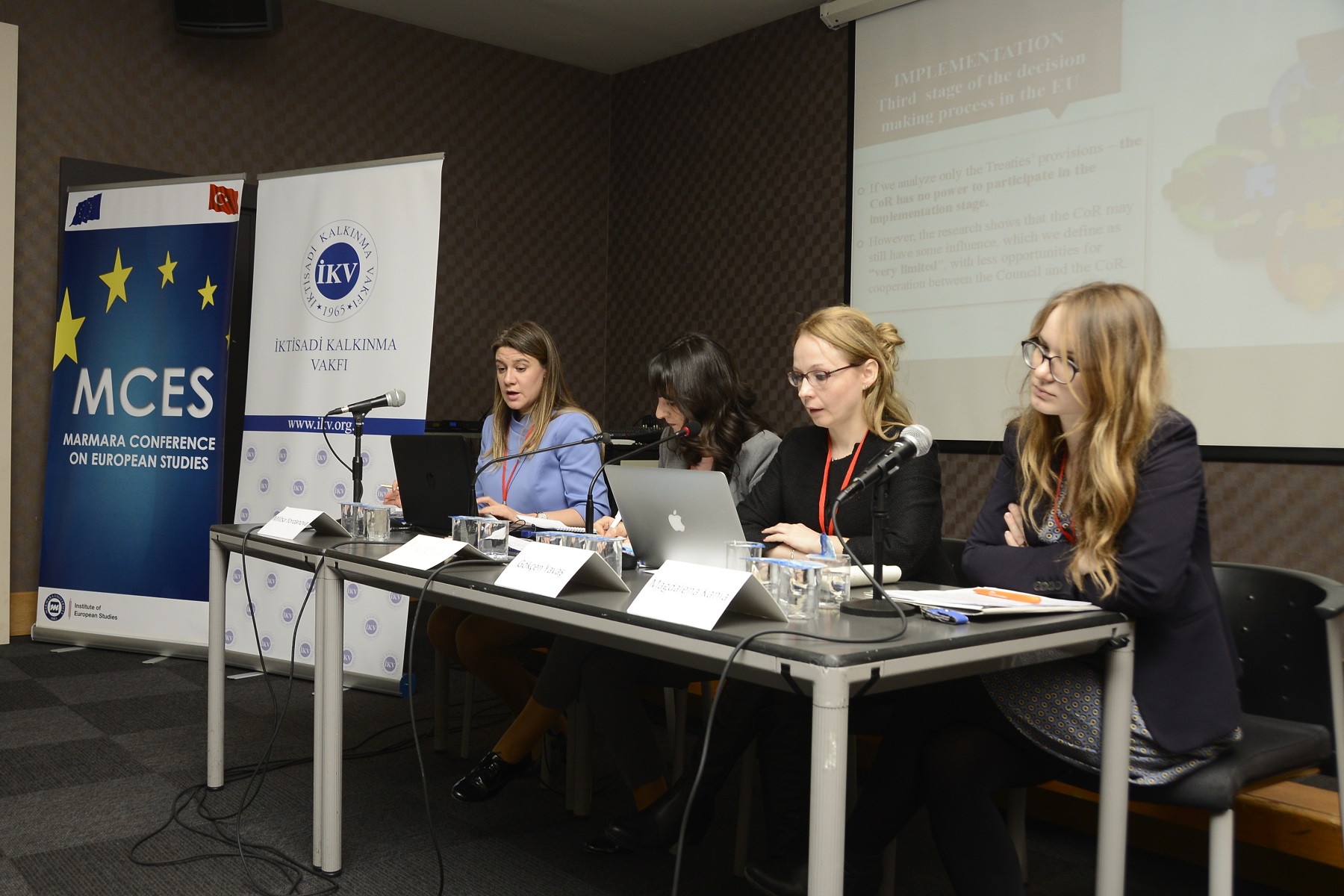 The second panel of the conference was held under the title of  “Legal Issues in the EU”. This panel was chaired by Assoc. Dr. Mustafa Tayyar Karayiğit. The first presentation of the panel presented by Julija İlhan with titled “Freedom of Religion and the Right to Conduct Business-Can Be Balance Reached?”. In the Context of the CJEU's Judgements in Achbita and Bougnaiou Cases”. Later, Dr. Feyza Başar from İstanbul Gedik University presented her work titled “The Rights of the Child Relating to Migration and Asylum Under EU and International Law”. 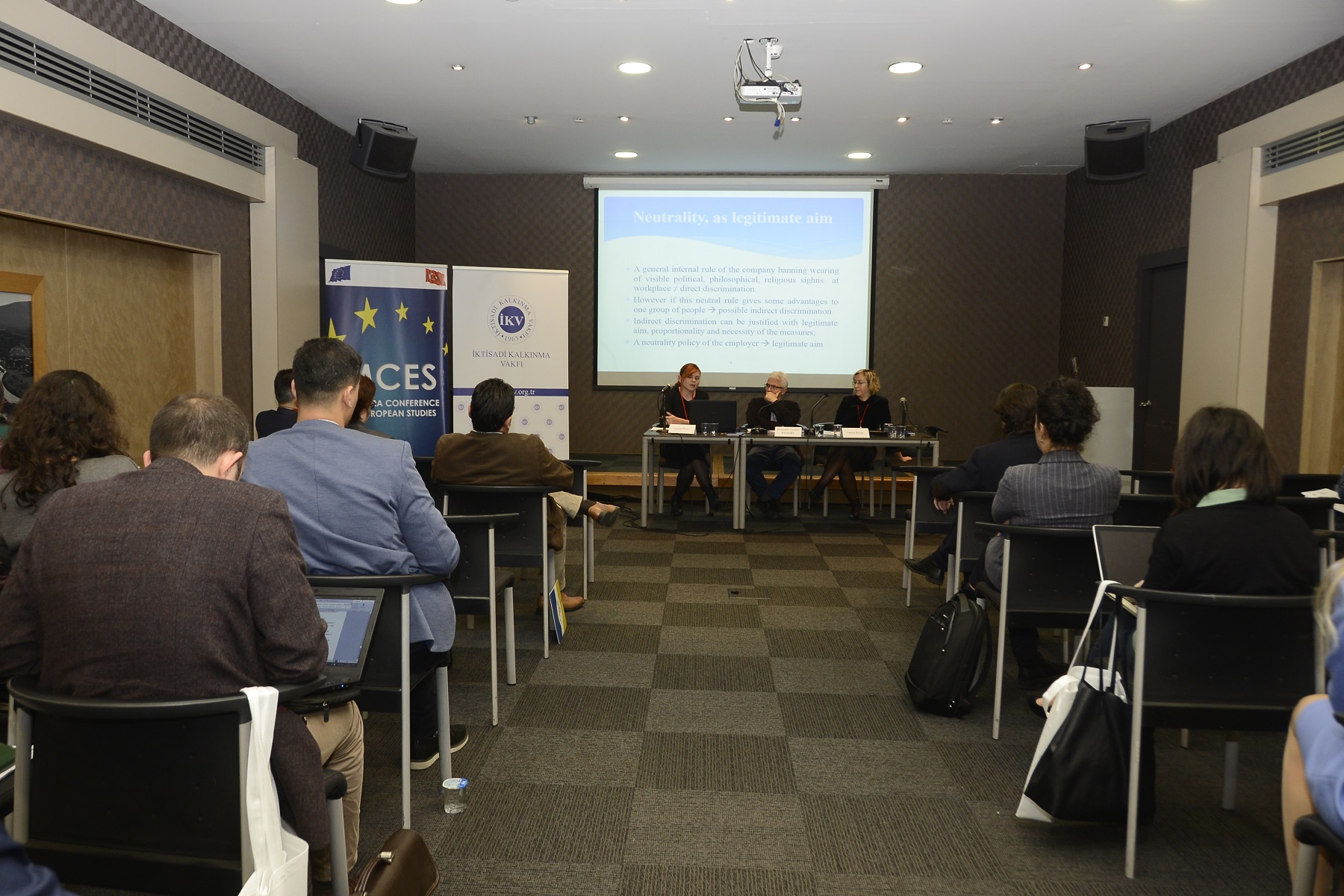 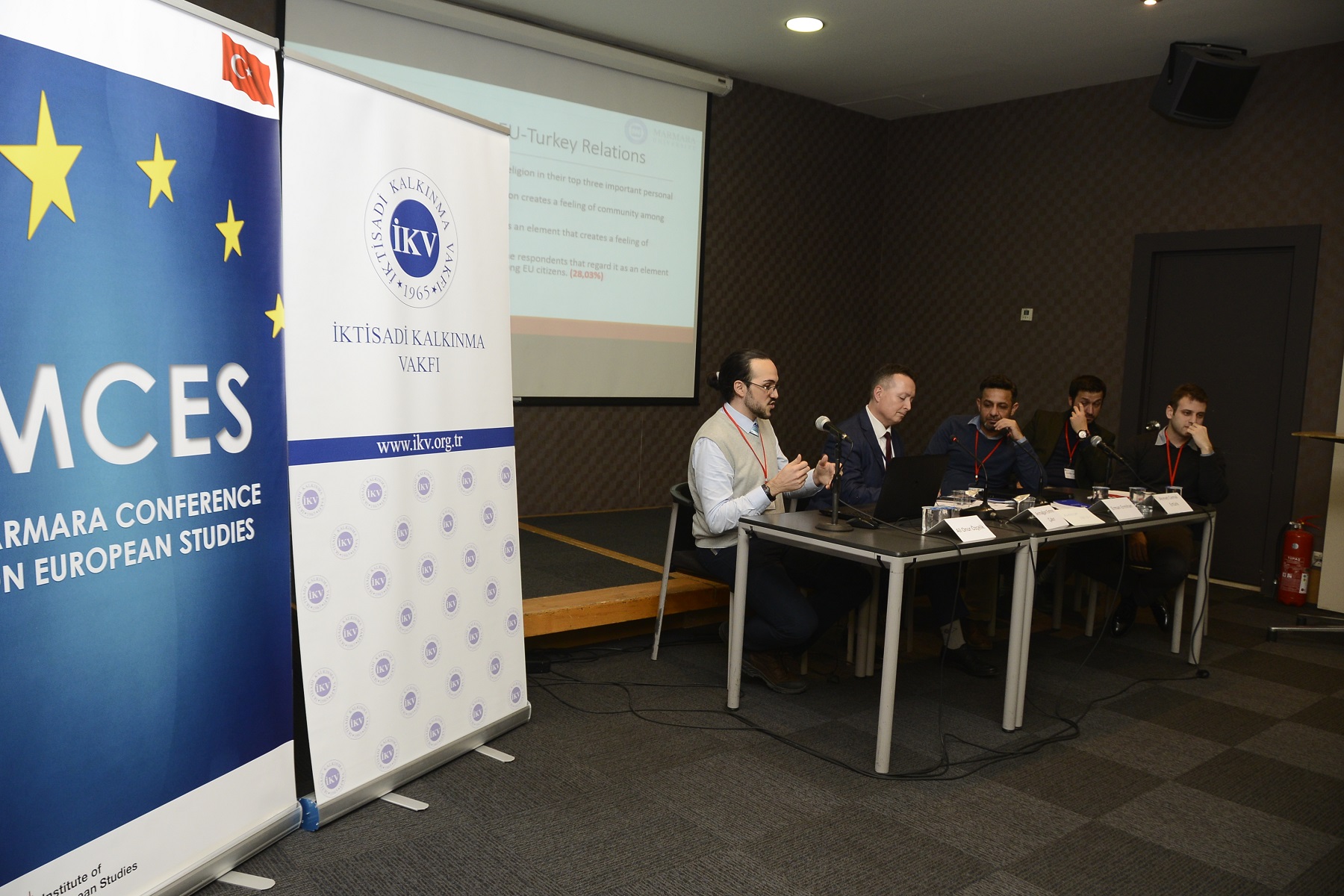 The sessions of the second day of the conference held on 24 November 2018 and continued in the seminar room of the Marmara University Institutes Building. The first session of the second day started with a panel entitled “EU-Turkey Relations-II” and chaired by Assoc. Dr. Yonca Özer. The panel started with the presentation of Dr. Büke Bosnak with the title "Civil Society and the European Union in Times of Crisis: The Case of Turkey". After, Dr. Mohammad Amin Mozaheb and Mostafa Shahiditabar made a presentation titled “The Effect of Culture on Turkey's bid for EU membership: A Critical Discourse Analytic Study”. 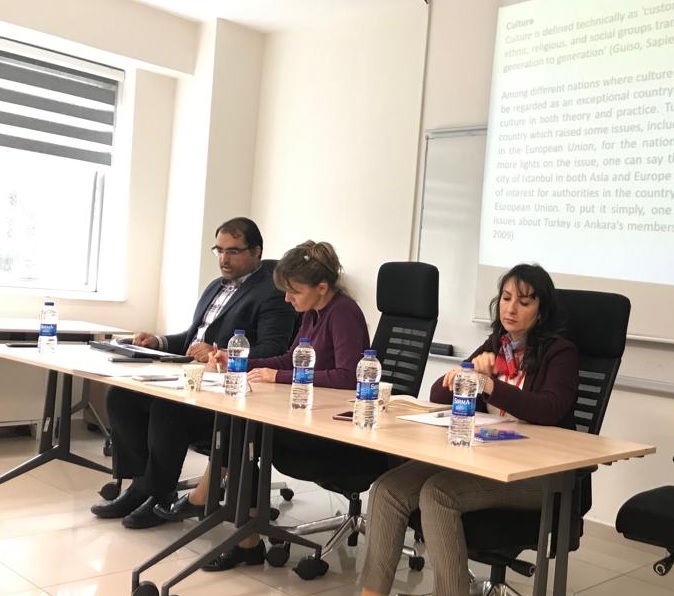 The second session of the second day was held under the title of Topics in EU Economic Integration chaired by Assoc. Dr. İmre Ersoy. In this session, Professor Dr. Elif Uçkan Dağdemir presented a titled “One Belt One Road Initiative: A Challenge for the European Union or Just a Newly Emerging Chinese Narrative?”. 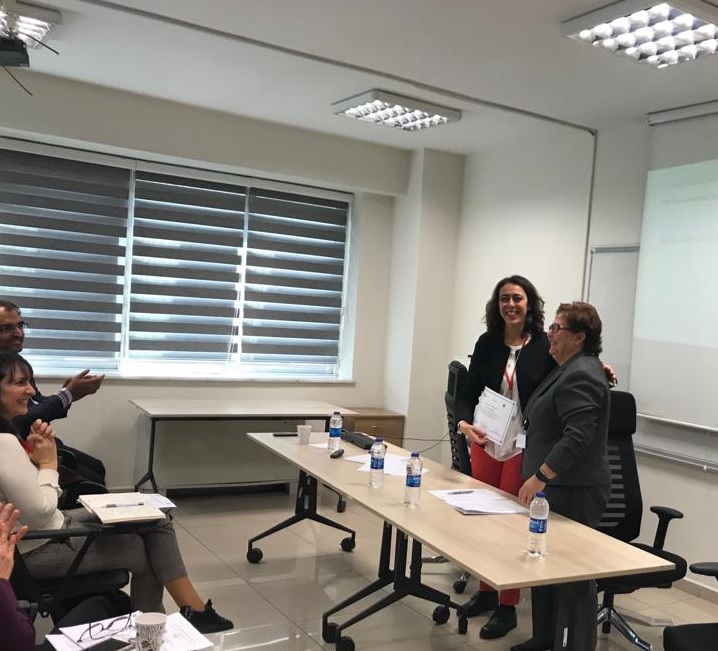 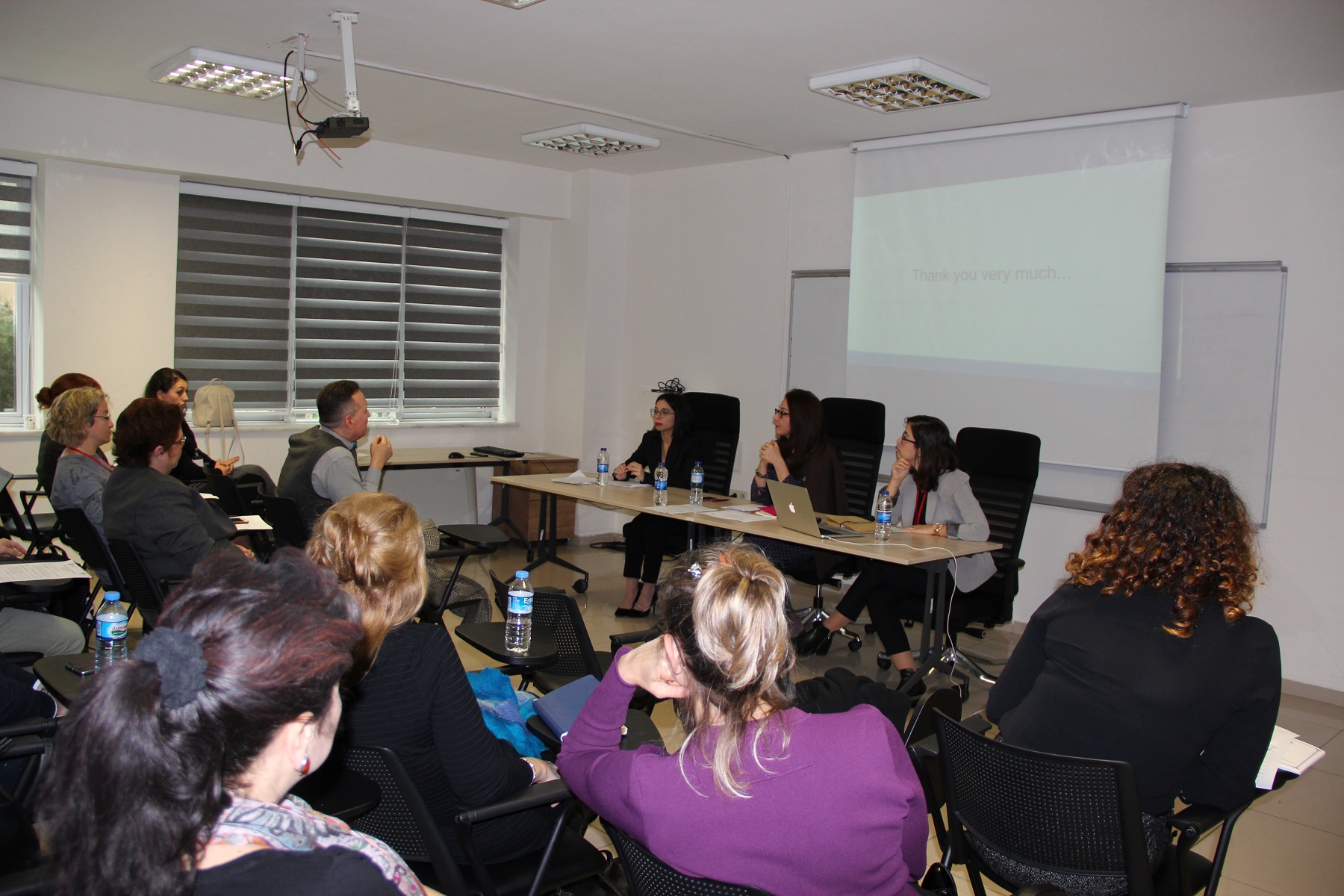 The fourth session titled Current Issues in European Agenda was chaired by Assoc. Dr. Mesut Eren. The first presentation of the session was made by Asst. Prof. Neriman Hocaoğlu Bahadır with “The Role of English in the EU Institutions After Brexit”. The session ended with present a paper titled "What is new on the menu of the EU beside membership" prepared jointly by Asst. Prof. Sezin İba Gürsoy and Research Assistant Gülayşe Ülgen Türedi. 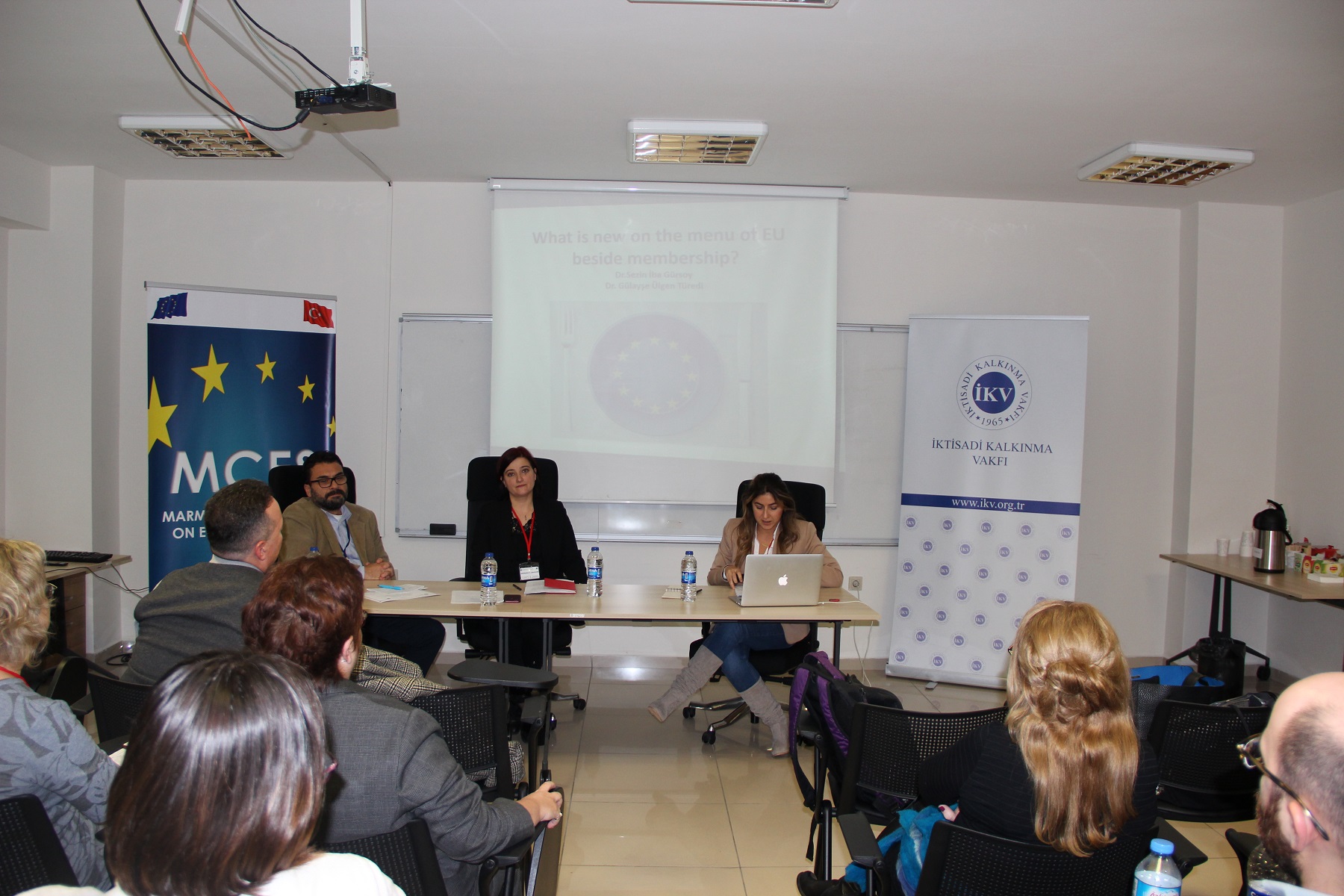 The last two sessions of the second day were held simultaneously in two different halls. Assoc. Dr. Emirhan Göral chaired the first of the last two sessions of the second day. This topic of this session was The Cultural Interaction and Migration has been the Axis of Turkey-EU Relations. The first presentation of the session was made by Assoc. Dr. Gül Özsan with “The Role of English in the EU Institutions After Brexit”. The second presentation of the session was made by Ph.D. student Ahmet Bilal Tüzgen with “Avrupa Birliği ve Türkiye İlişkileri: Göç/Güvenlik Ekseninde Karşılaştırmalı Bir Analiz”. It continued with a presentation including a field study titled “Understanding Student Motivations for Erasmus Program: A Survey Study on Marmara University Students” prepared jointly by Professor Dr. Serra Yurtkoru, Research Assistant Ebru Dalgakıran, Research Assistant Fatmanur Kaçar and Research Assistant Kübra Öztürk. The session ended with present a paper titled “Overview of Impact on European Citizenship Status of the EU-Turkey Relations of Turkish Immigrants" prepared jointly by Professor Dr. Muzaffer Dartan and Assoc. Dr. Emirhan Göral. 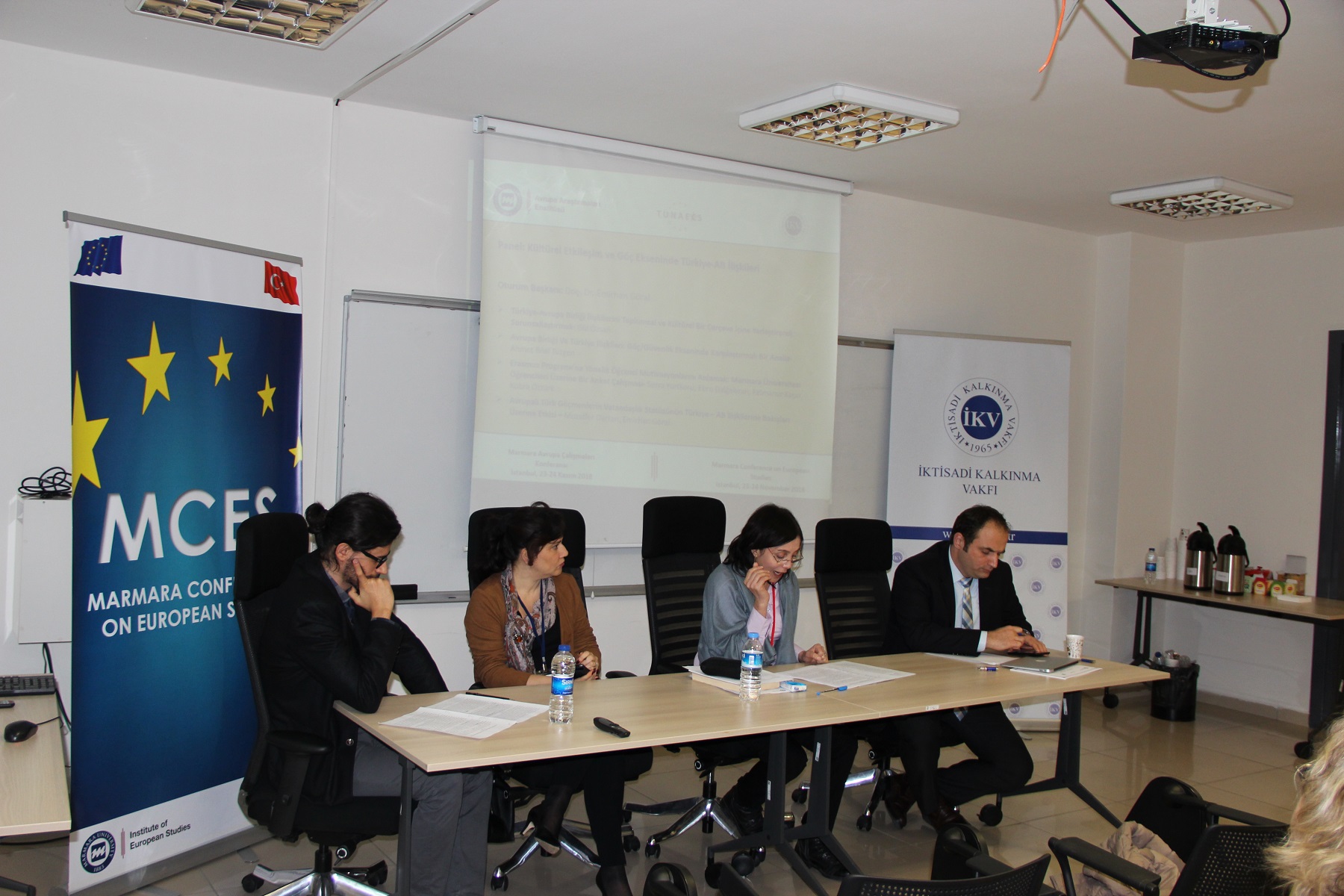 The second session held simultaneously was chaired by Aslı Şirin Öner under the title of Current Issues on the Axis of the European Union. The first presentation on "Development Aid of the European Union: Triangular Cooperation with Rising Donors" was made by Ph.D. student Nilay Tunçarslan. The session ended with two presentations by lawyer Halil Çeçen. These presentations: "Possible Consequences of the Brexit Process Against the United Kingdom Under Article 50 of the Treaty on European Union" and "Renewable Energy in the European Union's 2050 Strategy: Is it a Realizable Target?" 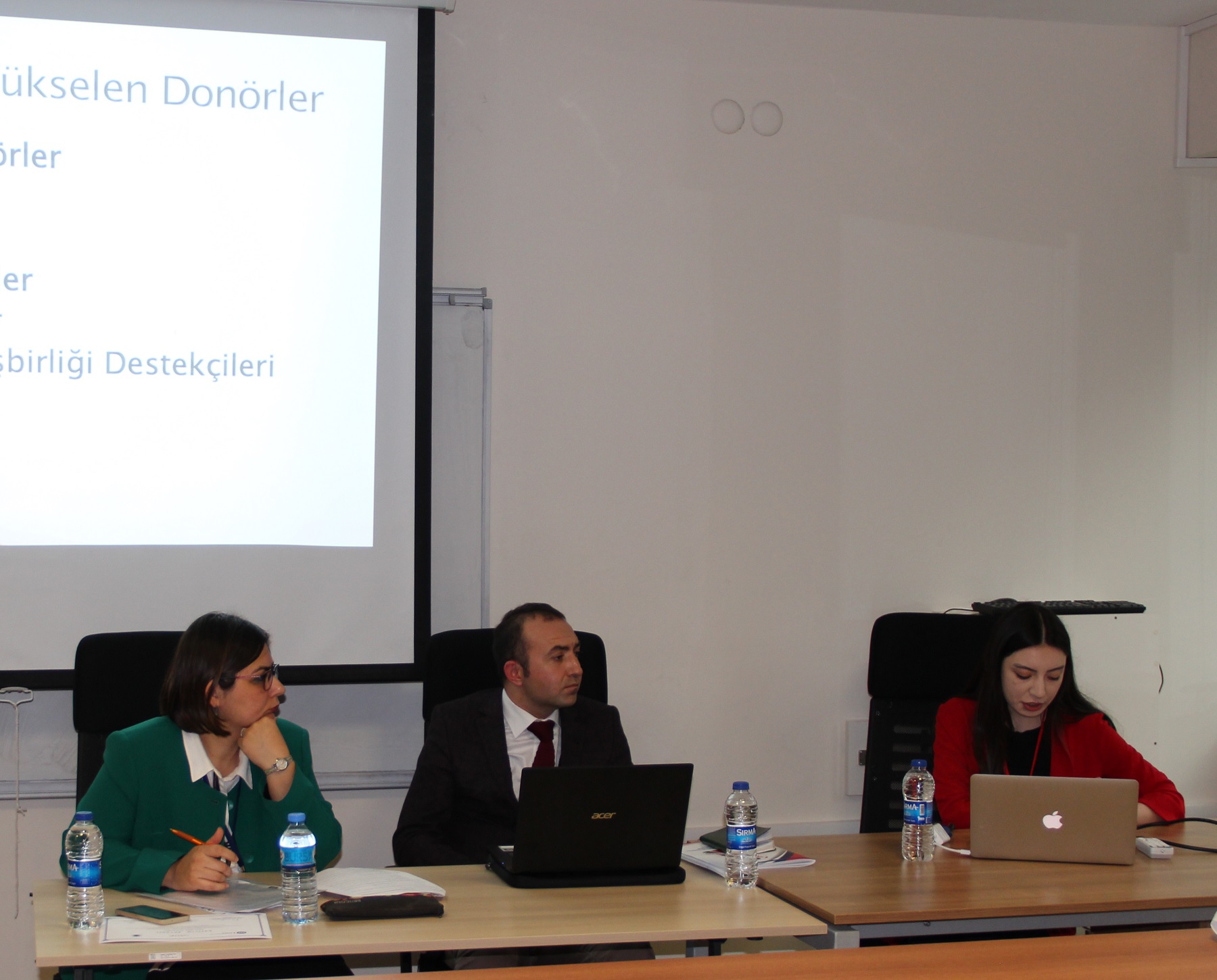 The closing speech of the Marmara Conference on European Studies event was chaired by Assoc. Dr. Münevver Cebeci. Dr. Theofanis Exadaktylos made the closing speech of the event with his work titled “The Challenges and the Opportunities in European Politics”. The conference, which was held for the first time this year, was completed with the hope of repeating the conference in the following years. 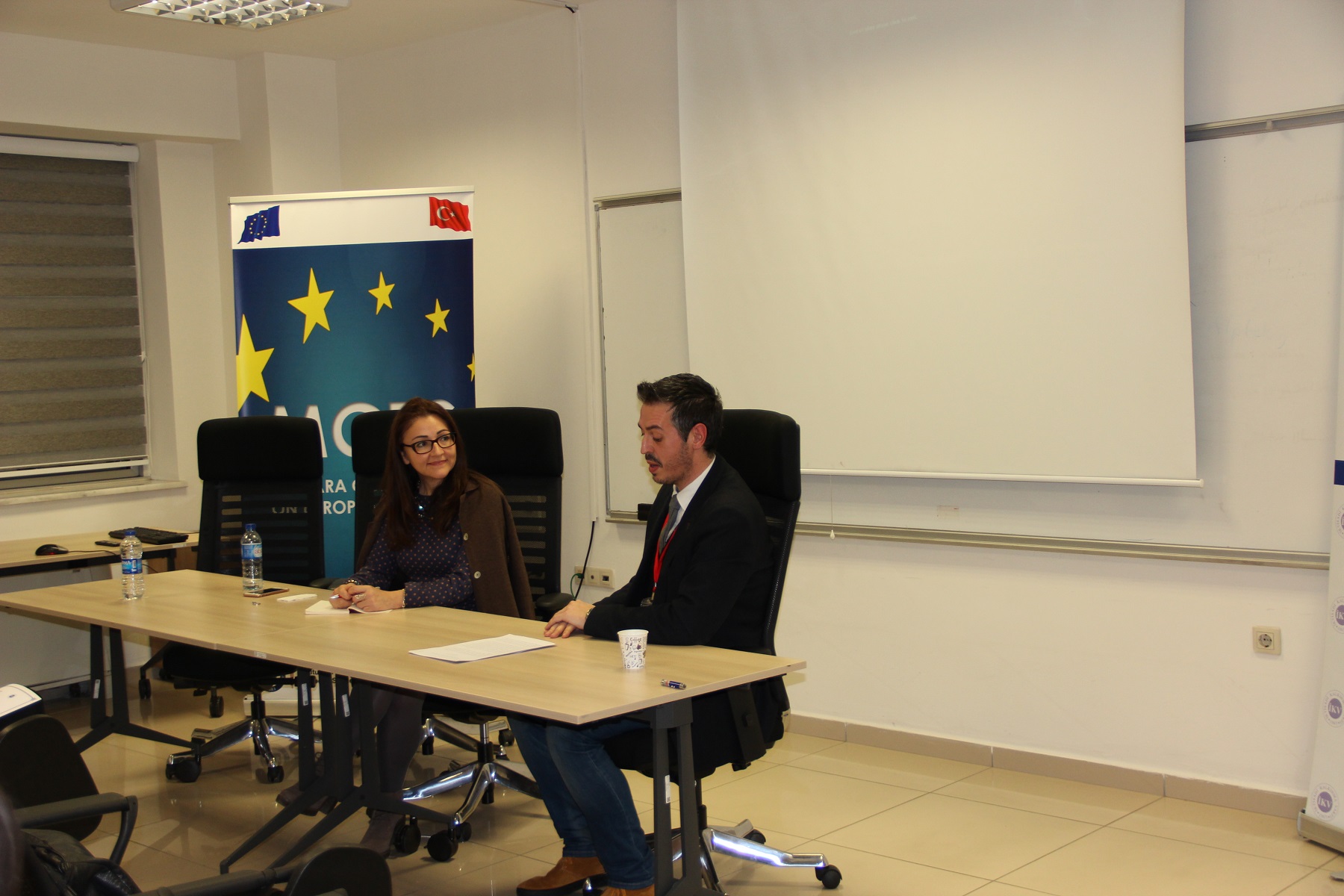