A joint meeting was held with the Faculty of Political Sciences of Marmara University within the scope of Marmara European Week. Faculty members and students attended the meeting titled as 'European Parliament Before Elections'. Prof. Dr. Bülent Bali from Political Science and Public Administration (French) Department was the chairman of the meeting. 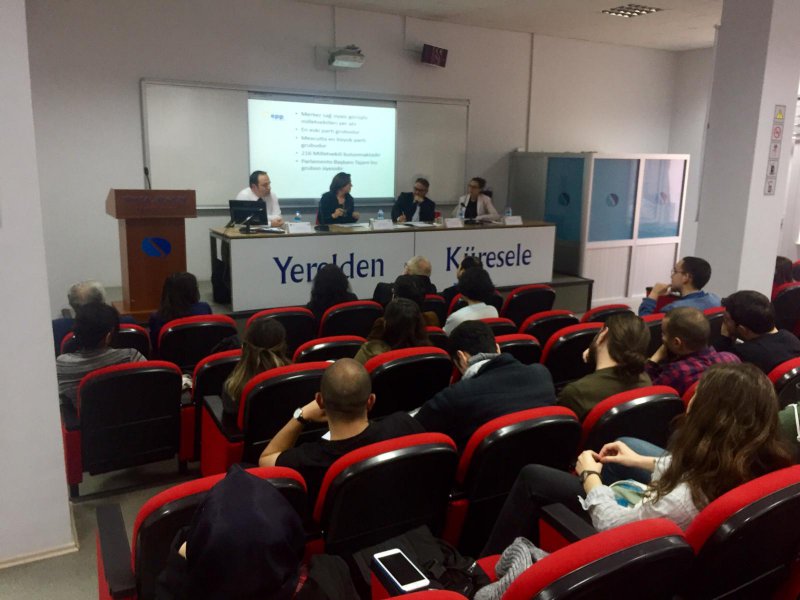 The first discussant was Assoc. Prof. Dr. Emirhan Göral from the Institute of European Studies. He emphasized the importance of the European Parliament’s role on the EU’s decision-making process and evaluated the public interest on the elections. After, the head of the Department of Politics and Social Sciences Prof. Dr. Deniz Vardar made evaluations on the EP elections over the democracy problem in the EU and the rise of the far-right parties. The last discussant of the session was Dr. Merve Özdemirkıran from the Department of Political Science and Public Administration. Her contribution was about the French public attitude towards the EP elections. The meeting concluded at 16:00 with the questions and comments of the participating faculty members and students.