President of EDF Ayhan Zeytinoğlu first took the floor in the meeting which held under the chairmanship of Assoc. Dr. T. Mesut Eren. Zeytinoğlu drew a general frame for Turkey-EU relationship and he emphasized multidimensional character of relations. He touched on the significance of some issues which are Cyprus issue, visa issue, the revision process of the Customs Union, Eastern Mediterranean energy reserves. 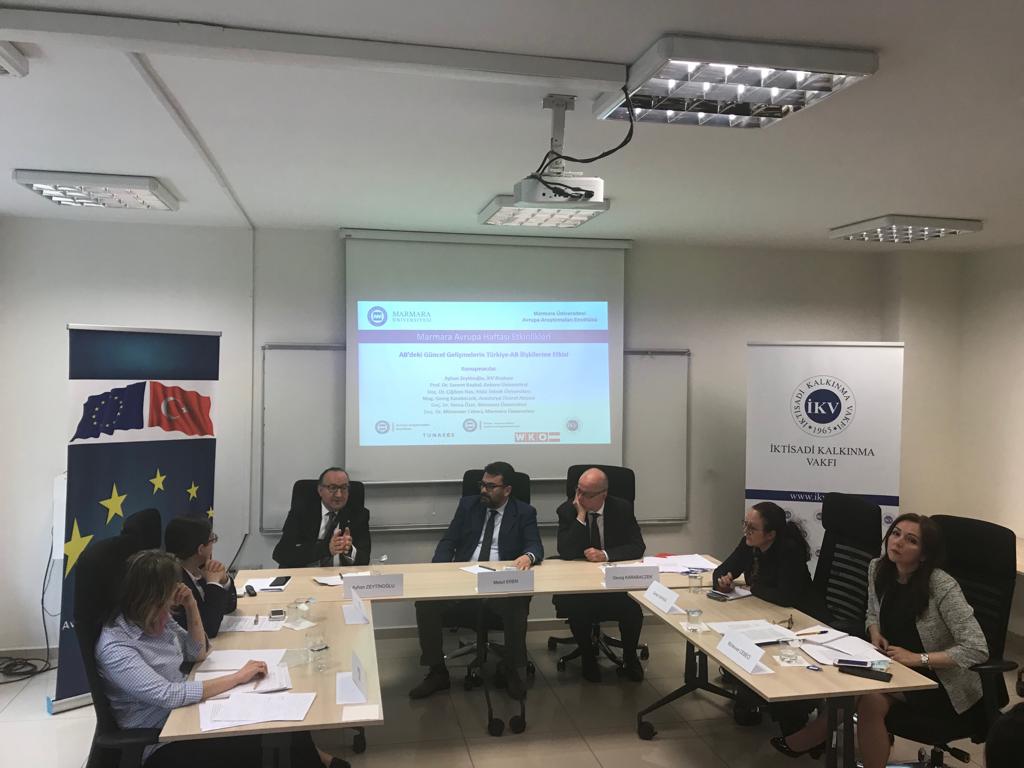 Professor Dr. Sanem Baykal from Ankara University Faculty of Law started her speech by talking about the current institutional structure of the EU. In her speech, she also evaluated scenarios for the future of the EU with reference to the Brexit. 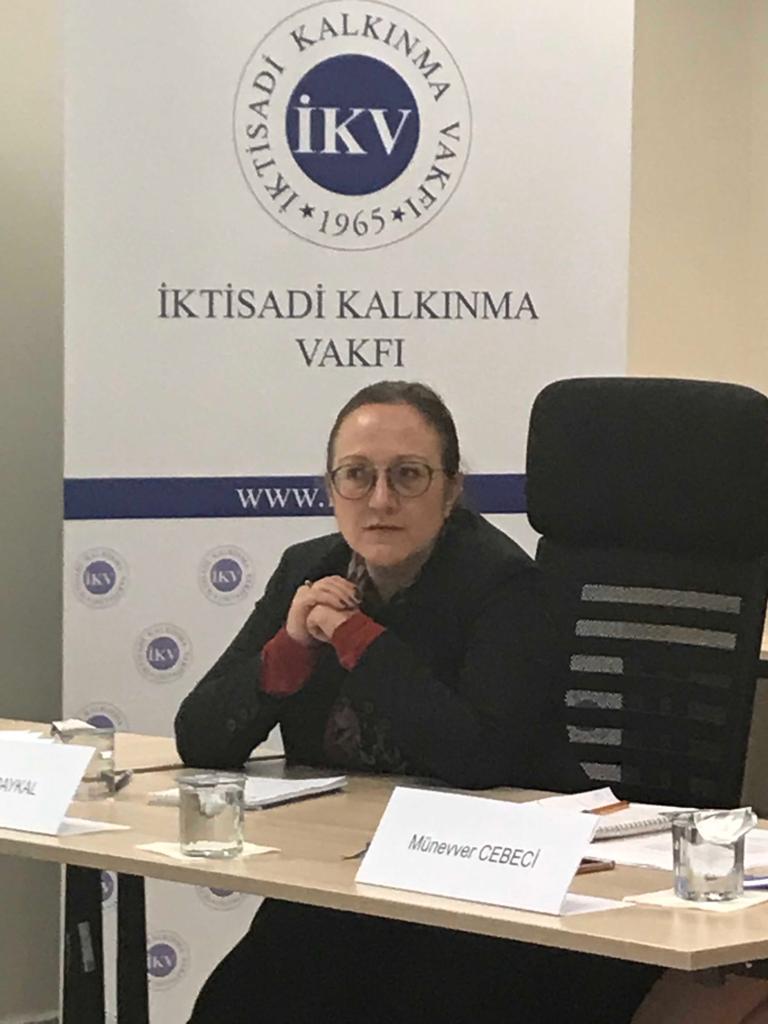 The session was continued with Assoc. Dr. Cigdem Nas’s speech on the Customs Union’s revision process. Nas, emphasized to the importance of the EU for the Turkey and she also highlighted some positive developments of relations. 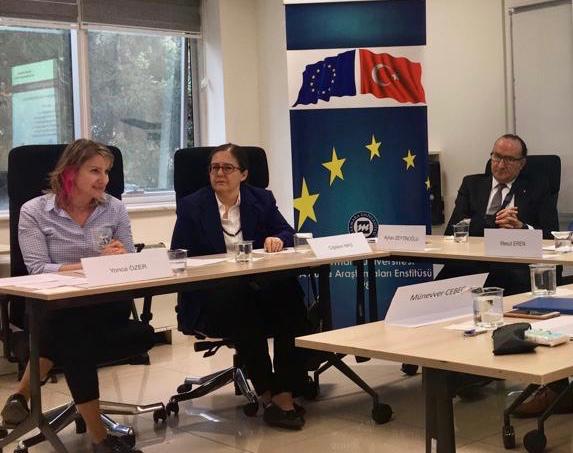 Assoc. Dr. Yonca Özer focused on asymmetric relations between EU and Turkey and she especially emphasized the absence of dispute settlement mechanisms in the EU-Turkey relationship. In the light of these information, Özer stated the priority of structural problems for Customs Union’s revision. 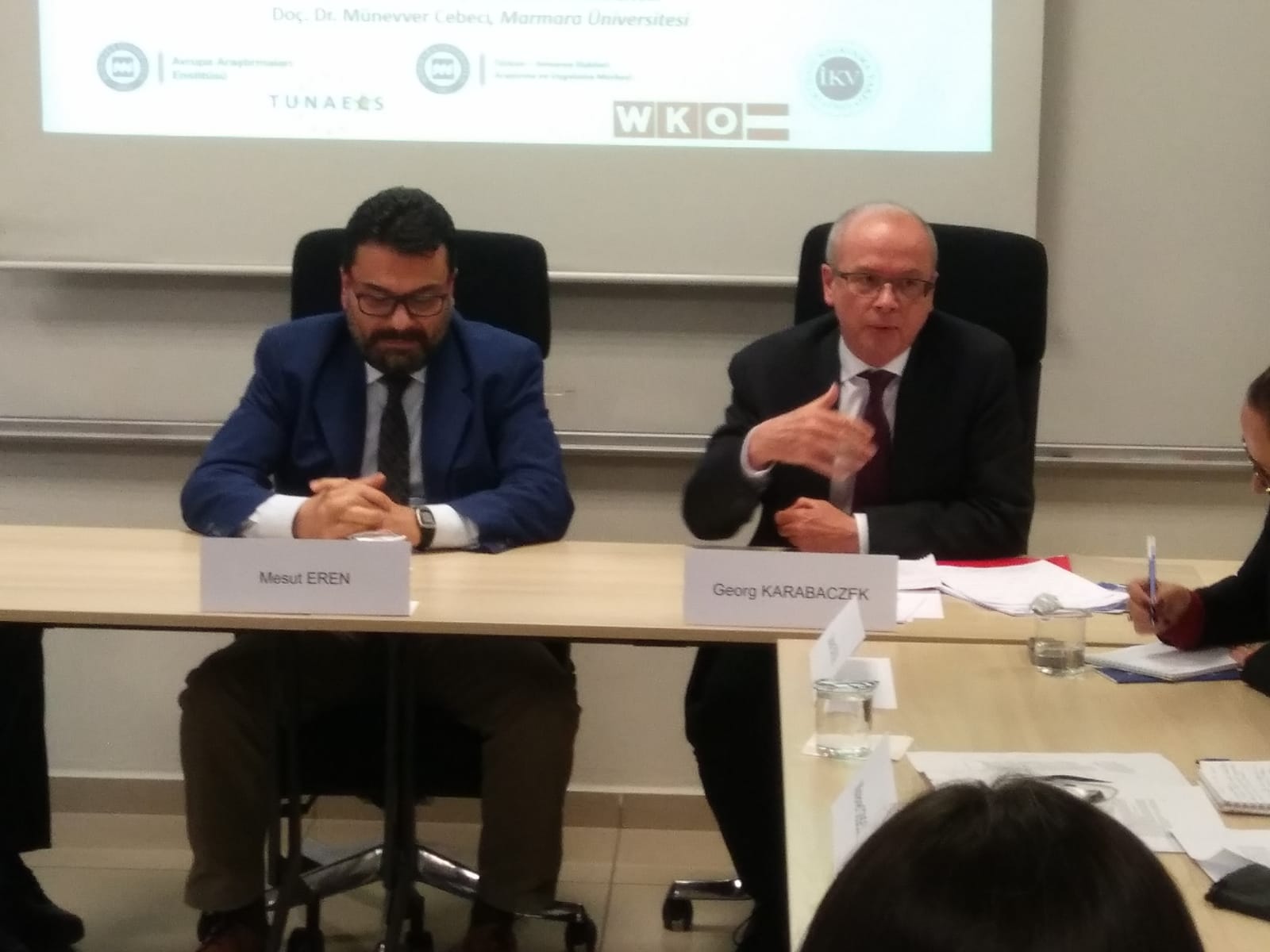 Mag. Georg. Karabaczek who is the Commercial Attache of the Austria, started his speech with the Customs Union's asymmetric structure which is against to the Turkey. He also mentioned responsibilities of Turkey which are resultant from Customs Union.  Karabaczek pointed out customs problems of Austrian companies with Turkey because of the creation of “exporters declaration form”.

The last word in the session was taken by Assoc. Dr. Münevver Cebeci on EU Security and Defense Policy. She stated that there is a European-Atlanticist distinction in the EU and that there are trends towards establishing a security system independent from NATO. Cebeci emphasized that the EU will lose its most important military and nuclear power in defense after Brexit. Cebeci mentioned the pressure of the current situation on the EU and the formation of PESCO. 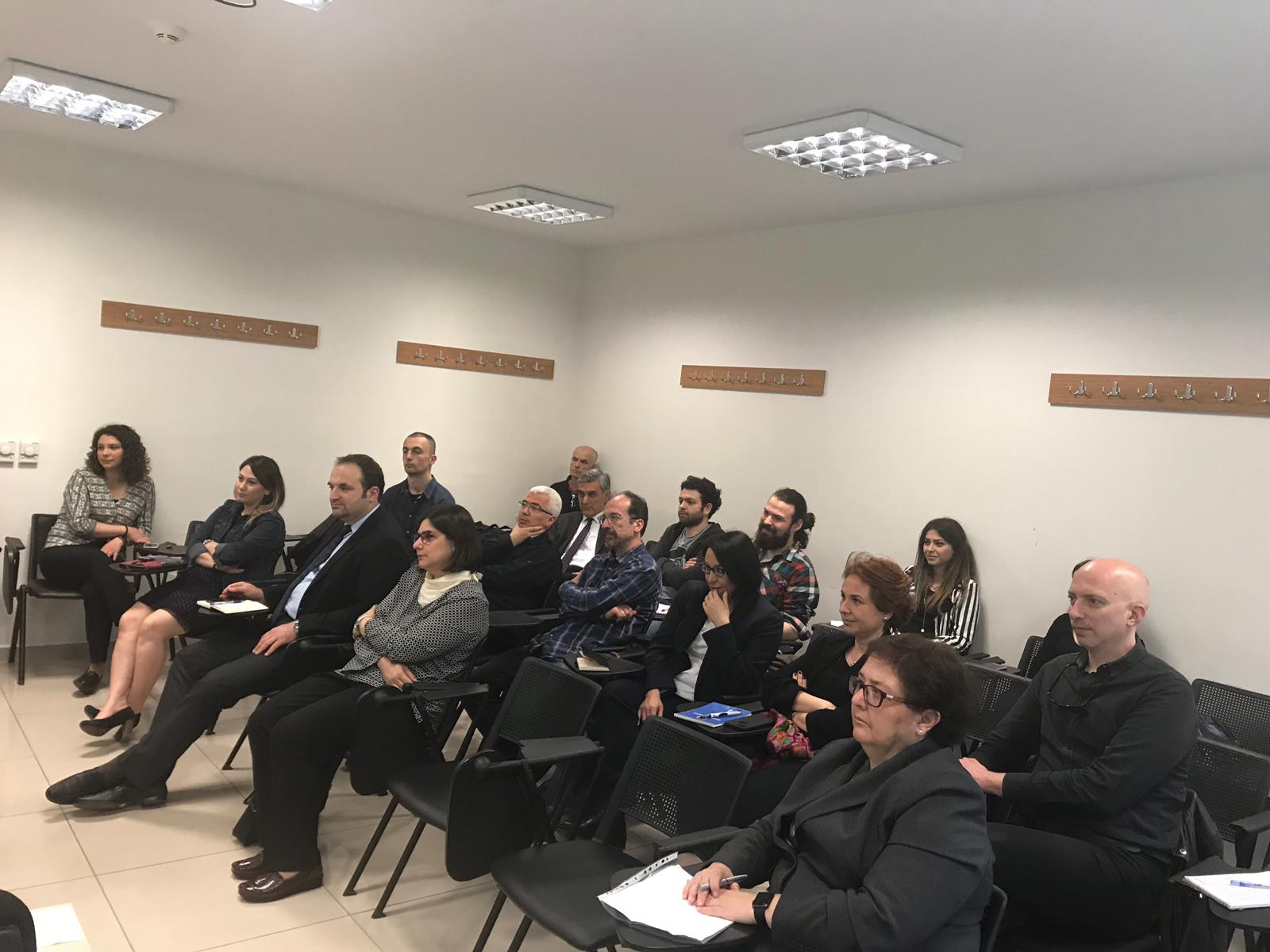